I was lucky enough to connect (through Dana Sullivan, an Olswanger agency sibling) with Kirby Larson, a Newbury Honor winning author who hosts a wonderful blog called Friend Friday. You should check in on it frequently — she always has a slew of interesting authors lined up, with great stories to share! Thanks for hosting me, Kirby!

I love it when my friends help me make new friends! Thank you Dana Sullivan for connecting me with Susan Novich. And thank you Susan for sharing your book creation story with us today; while I needed a reminder of its message, I especially love its happy ending: a brand new (debut!) board book, Guess Who is Behind the Door (Schiffer Kids).

Would you like an adventure now, or shall we have our tea first?

There were copious cups of tea involved, and a winding, round-about adventure before my debut book, GUESS WHO IS BEHIND THE DOOR, got out the door.

I’ve always had an interest in illustration and children’s literature, but it wasn’t until my three kids were older that my picture book journey began in earnest. Our family had recently moved to back to New England after several years in Pittsburgh, and I was thrilled to discover that the Rhode Island School of Design was in my new backyard — and that the school offered a certificate in children’s book illustration.

I began the program in 2003 and while there was introduced to the art of cut paper and found my perfect medium.

Halfway through the program, I joined SCBWI and began going to conferences to gain a better understanding of the publishing industry. One conference that turned out to be fortuitous took place at the Society of Illustrators in NY, where I participated in an editor and agent roundtable. Although my book would not happen until twelve years later, it was there that I met the person who eventually became my agent. [Note 1: Persistence is key. Note 2: When cleaning out your desk, never throw away those business cards.]

After taking a fork in the road to start my own art studio, I wanted to get back to children’s books and illustration. I packed up for another conference — this time to a small one in Oceanside, Oregon. After the conference, I dug up the old business cards and submitted my newly revised picture book dummy to one of the agents I’d met years ago at the roundtable. Rather than pursue this new story, she suggested I consider moving in a different direction – to board books – instead.

Inspired by a recent trip to Australia to visit one of my kids, I had a sketchbook filled with drawings of Australian animals – quokkas, koalas, kookaburras, and more. I knew I wanted animals to be the basis of this new board book.

I also knew that I wanted to introduce multiple concepts — colors and counting — in addition to animals. I was interested in a multilayered approach. Further thought and discussion led to the addition of a language/multicultural component and to introducing the numbers 1 to 10 in four different languages. Now the question to answer was how to pull these layers together. An artsy echidna became the springboard. When the setting changed to North America, the echidna became a playful porcupine who liked to paint.

Written in rhyme, Pinky Porcupine toddles through town, painting every door a different color. Peeking over each freshly painted door, she discovers a new group of animals to count.

In the end, my goal was to create a board book that would entertain and help the youngest of readers (or listeners) make sense the world around them. I wanted this to be a book that kids could grow with, offering content that they could keep coming back to for further discovery. Ultimately, the book came full circle for me. The book is built layer by layer, revealing a reading experience based on learning in layers, and my artwork is built up in much the same way.

GUESS WHO IS BEHIND THE DOOR makes Books on the Square’s Top 20 Picture Book List for 2020! 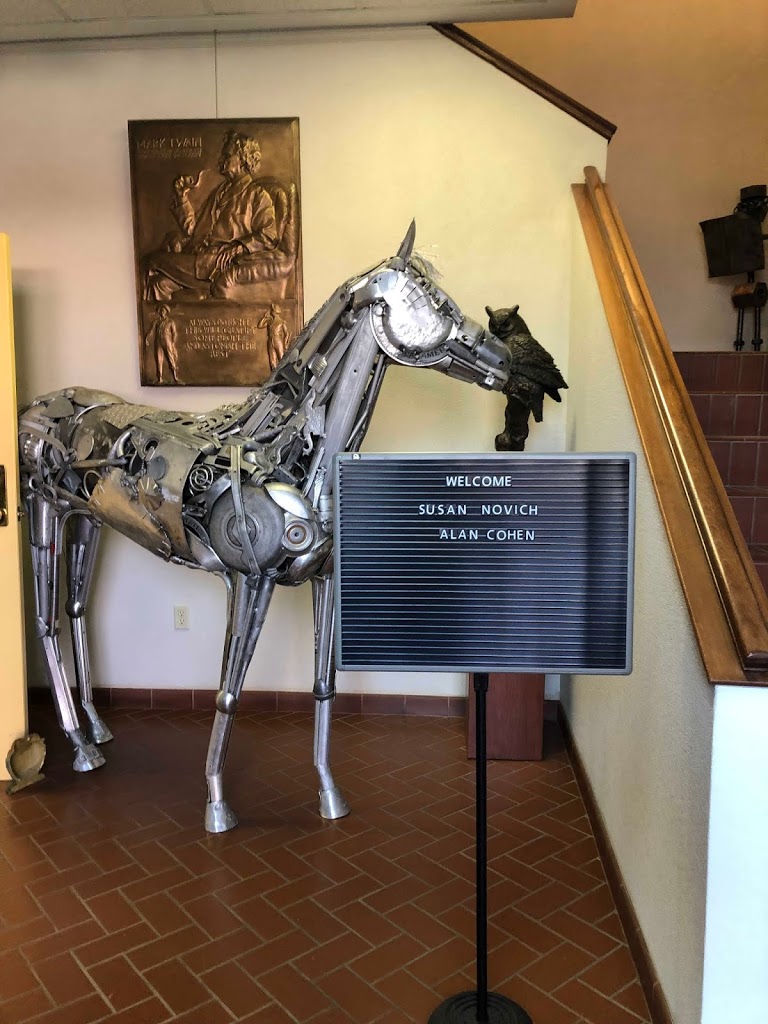