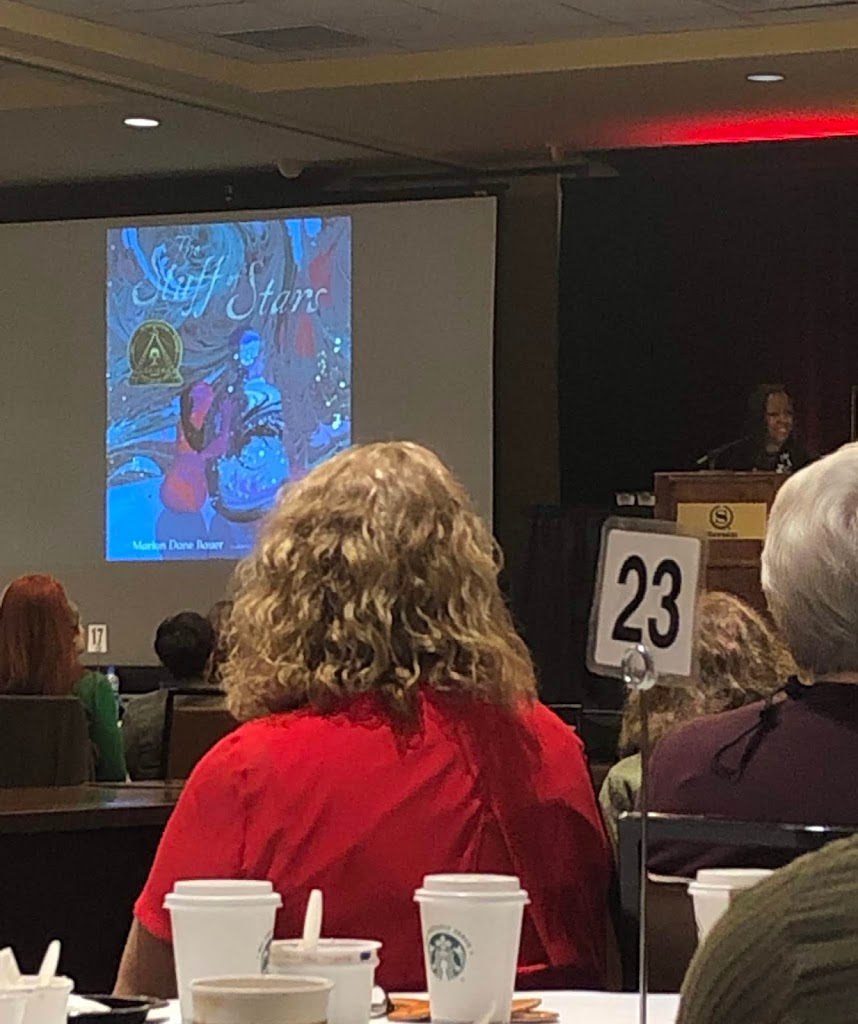 I’m just back from the New England SCBWI conference held in Springfield, MA.
I’m not gonna lie, it was a little bit daunting as I went on my own and it’s a pretty big conference — (300+ people? Or is it 500? It’s large, either way!) especially when compared to the last conference I attended in Oceanside, OR, which was capped at about 50, but it was great!

It was a blast to meet some on-line friends in person; turns out several people (Joy Nelkin Wieder, Katia Wish, and Kristin Schroeder from Perfect2020PBS (the debut Author/Illustrator/Author-Illustrator group I’m part of) were there, in addition to many people I simply hadn’t seen in awhile. Beyond that, there were many highlights, including the  inspirational keynote address given by Euka Holmes whose art I am completely enthralled with. Of course it doesn’t hurt that she’s a cut paper/collage artist. Never before have I wanted to win a door prize SO SO VERY BADLY –especially when she mentioned that, in addition to books and who knows what else, there were actual, tiny scraps of paper from her studio included in the basket! It was as if she were speaking to me personally when she spoke about how she can find inspiration in tiny bits of paper…sigh. 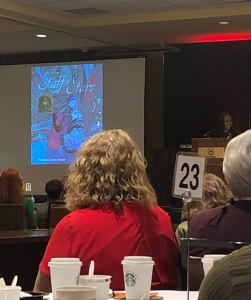 Another highlight was attending a “Fireside Chat” with Caldecott-award-winning author/illustrator Brian Lies. Not only did he provide the group with a very real (though admittedly scaled-down) fireplace by which to chat, but he also sweetly (pun intended) provided the makings of s’mores which he shared with the attendees. We were treated to the remarkable story of how he found out he’d won the Caldecot, among other things. 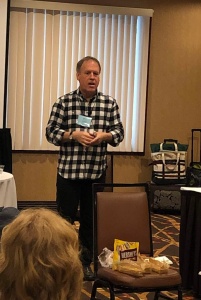 As if that all wasn’t enough, I was positively delighted to meet Sarah Grace Tuttle, (who happens to share my agent, Anna Olswanger of Olswanger Literary) and is the author of Hidden City,  as well as Dot, Stripe, Squiggle, and the her newest release Spot, Spike, Spiral.